February 14, 2014
I hope everyone is having a good time, whether you celebrate the day of love or not. Valentine's is about being closer to the ones you love. That can be your significant other or your best of friends and family. I asked for pictures of costumers for Valentine's and here they are. For each picture I asked about how the costumes were made and how long it took. Not all the couples on here are dating or married, but all of them show their love of friendship and crafting! Enjoy! 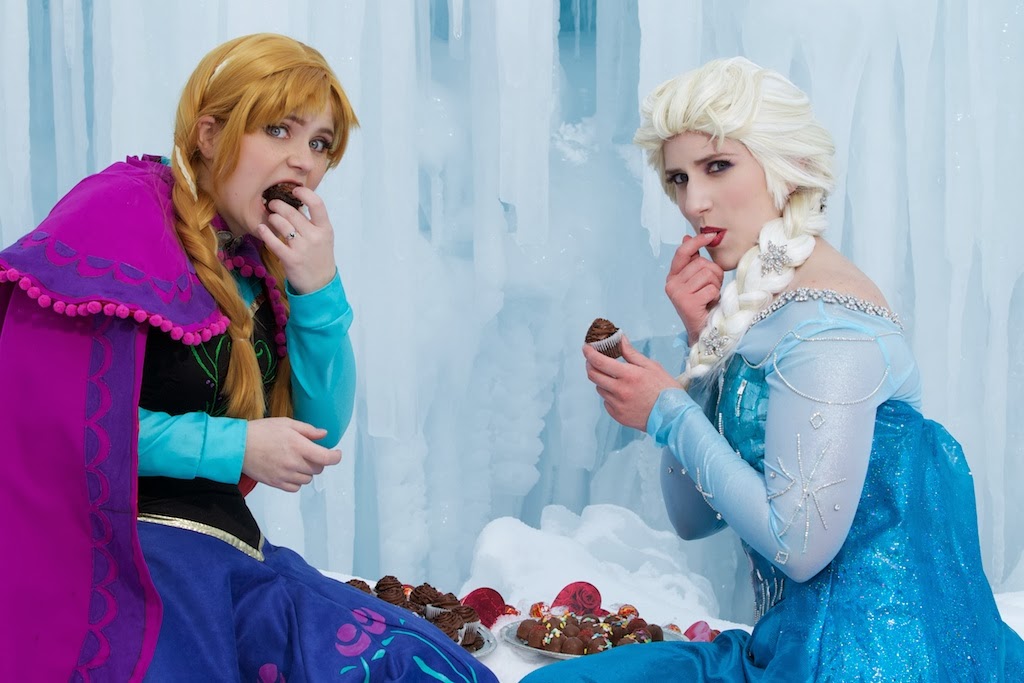 Here we have BrookeLynn Sanders and Stephanie Stork as Anna and Elsa from Frozen! There is nothing like chocolate for Valentine's so these two costumers show off their love of the treat with these fitting cosplays! BrookeLynn and Stephanie decided to cosplay for Frozen when they heard about the movie. They say it felt like forever to make the costumes, and a lot of parts had to be remade, but they managed to finish them within two months. Here they are at the Ice Castles in Utah eating some delicious chocolate. These two good friends put together some amazing work! Photo by Farris Gerard 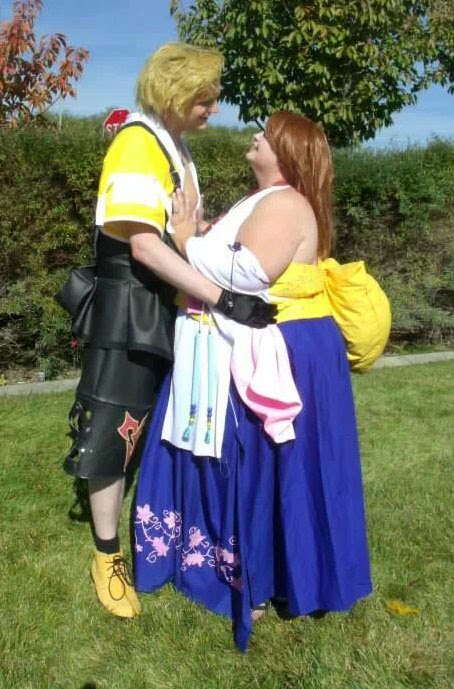 Johny and Trena Driessen met online. They decided to start costuming together and after some time fell in love and married. These two love to create and design difficult costumes as well as write stories. They have four kids, creativity is a family affair. Johny makes the weapons props and Trena does the sewing. Together they make quite the crafting duo. They took about 50 hours of sewing and 150 hours to work on the props to make these Final Fantasy X themed cosplays. Tidus's leather was one of the most difficult pieces to create. Photo by Tricia McGarvey 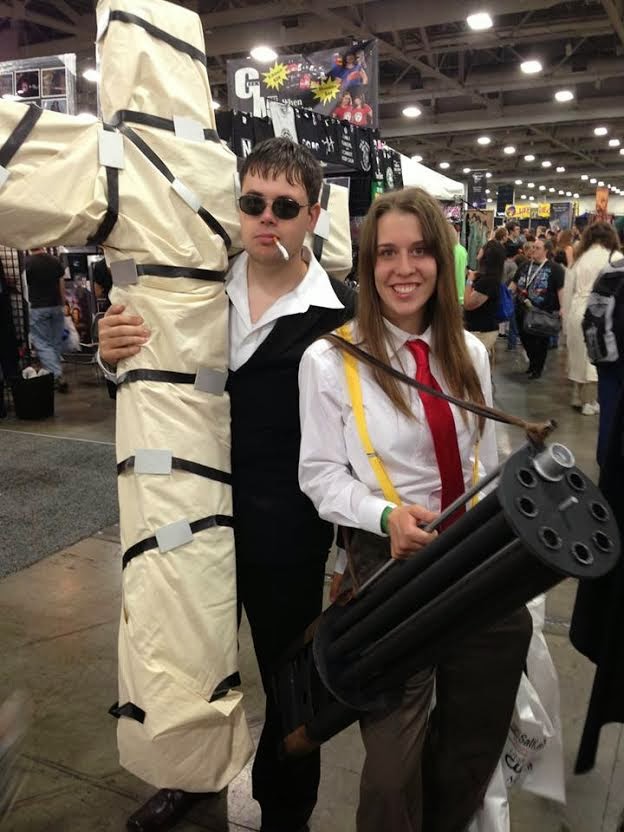 Eric and Susan Sorenson have some sweet cosplays of Wolfwood and Milly from the series Trigun. They met as neighbors and admired costumers, but thought it would be too difficult for them to try. When the Salt Lake Comic Con rolled around they decided to give cosplay a try. They assembled these costumes in about one week! The clothing was found on E-bay and thrift store. They modified them to have the right look. The props were made completely from scratch! The cross is just cardboard boxes underneath and the gun was made from pvc pipe, gutter drains, and poster board. Well done for a first cosplay! I approve and can't wait to see more! Eric and Susan plan on doing more couples cosplays for FanX and other competitions in the future. Photo by random passerby Logan Rogan 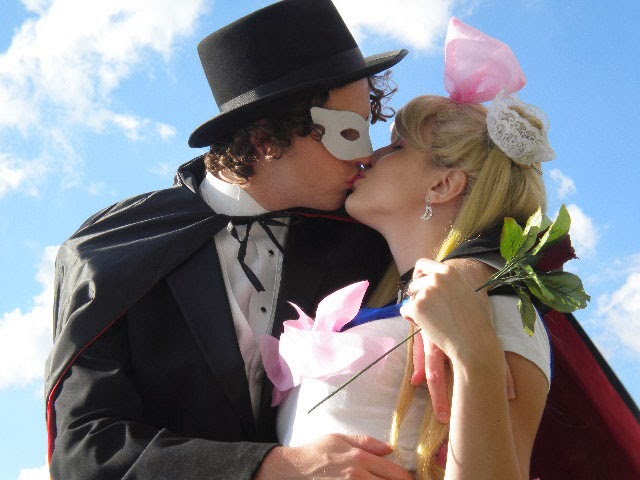 Kelly and Savannah are probably the most adorable couple I know! "We met through Kelly's cousin, who was trying to put together a double date. Kelly had called 14 girls and none could go. I was out of state myself but I contacted him on Facebook. We clicked wonderfully and although he's not all that into anime and cosplay, he supports me in my hobbies and that pure acceptance was so attractive to me, not to mention how cute he is! We are celebrating 5 years of marriage this June!" - Savannah
Photo by unknown 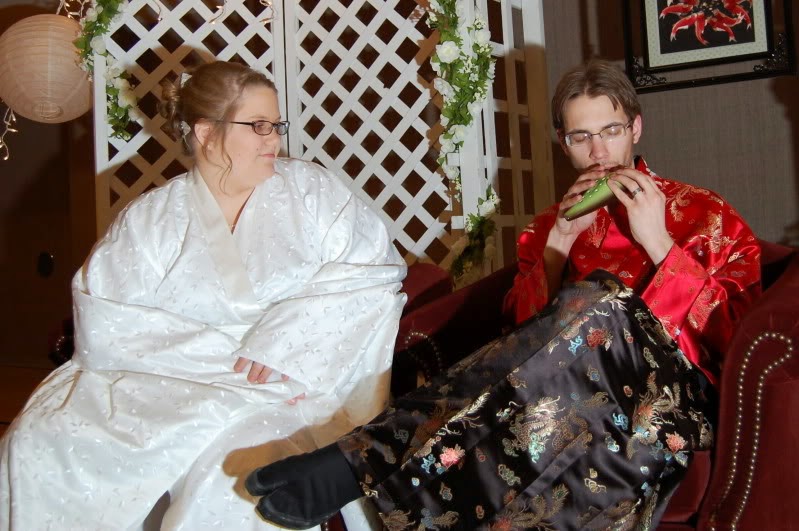 James and Michelle also met online and had a long distant relationship for about two years. They would visit each other and James proposed to Michelle in 2009. they were married soon the next year and have shared a love of crafting and Japan. Their wedding attire is what they are wearing up above and in person, they are some really gorgeous pieces. Michelle's coworkers made the kimonos in about a month and half. The couple will wear them to anime and Japanese conventions. They wanted their wedding attire to be something worn more than just once. Together James and Michelle run a prop making business online and are always busy making something new and fun.
Photo by unknown. 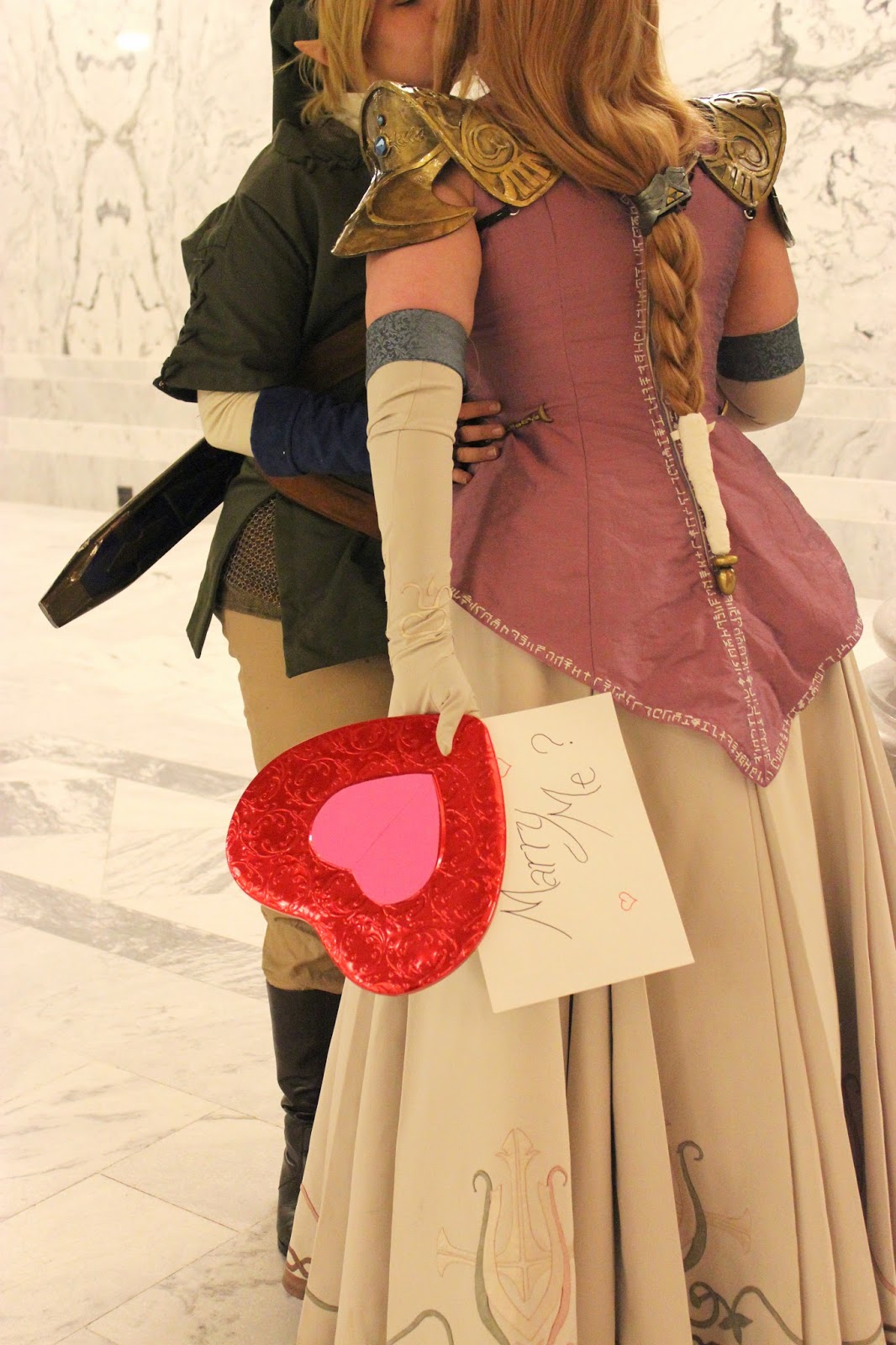 Pannon and Elrowiel of Green Jello cosplay love the idea of Link and Zelda as a couple! I think many people do actually. They did this photoshoot specifically for Valentine's Day. "Ocarina of Time was my first Legend of Zelda game and I always sorta thought they should get together in that one and it's hard not to pull that across to the other games. ESPECIALLY after reading the Hyrule Historia manga. I just, aaaaah! I want them to be happy together." - Shannon
Even though they both think Link and Zelda from Twilight Princess are not the strongest Link/Zelda match up of the series "They have a powerful bond that spans the many ages they are reincarnated through." - Melissa
Photo by Pastel-Colored Cosplay

I hope you enjoyed this special feature! Thank you for reading and have a happy Valentine's Day!
V-Fire