Cosmmix is a young cosplayer with a lot of talent. 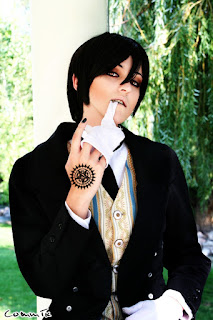 She has been cosplaying since 2009 and has won awards such as First Place Novice Award from GEEX 2010 with her Cosplay partner Taymeho and First Place Beginner Award at Anime Salt Lake 2012. Over the years I have seen this young artist just take off in the cosplaying world. Cosmmix enjoys creating Cosplays and Cosplay Music Videos (CMV’s.)  Check out her Deviantart and YouTube pages for great videos and art!

What got you started in Cosplay?
A group of friends from High School were really big fans of the anime “Naruto” and they’d been cosplaying their OCs (original characters) for over a year before introducing me to the idea. I’d not really heard of cosplay up until that point, but once I’d been introduced to it I found myself researching it quite a bit and fell in love with the idea. From there I started experimenting and building costumes. 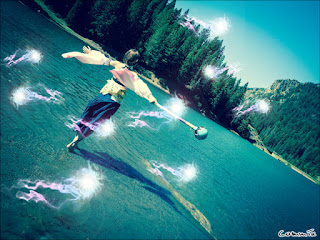 How would you define Cosplay?
For me cosplay is a powerful creative outlet and hobby. I enjoy it and feel that it should always be for fun. It’s a blast to share with friends but never turn into a competition of who is better than who.

Cosmmix is a really cool Cosplay name. Why did you choose it?
Well my art account on deviantart is Enummix and because of that I just replaced Enu with Cos. Enummix is actually a beauty product line, the packaging made me think of resident evil and I loved the brand name (yeah weird I know, lol). Wasn’t as creative as you’d have hoped, huh? lol 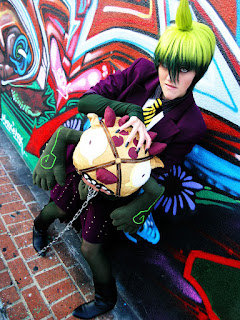 Amaimon from Ao No Exorcist
Fun Fact: The little demon was made by Cassini Closet, last month's Cosplay Feature!

How do you choose a character to create?
It usually depends on what I’m hyping about at the time. Also which character was my favorite from whatever series. I’m not the type of person to pick a character for how much I “look like them,” I cosplay the characters I like regardless of what people may think. There is some costumes I’ve dreamed of having but found myself to intimidated to make.

What has been your favorite Cosplay moment?
I’ve had way too many amazing experiences provided to me because of this hobby, I’ve been places and done things I’d never thought I would do. Cosplay opens so many doors and really gives you so many amazing opportunities. I couldn’t pick just one, there is too many good things to name.


You have made a few really fun CMV’s. How long does it take it you to create a CMV and what got you into making those?
Each CMV (Cosplay Music Video) varies. Depending on my dedication to it and the time provided to film and edit it can take anywhere from two days to a week. I usually type out a script to go with the lyrics of the song I chose, then we film the scenes in a day and I usually edit the video that night and the day after. I’ve had a few videos take longer but they were lost after my old youtube was hacked and deleted.

What kind of advice would you like to give to first time cosplayers?
Never feel like you aren’t good enough, everyone started somewhere. Over time you’ll progress and learn and that’s the wonderful thing about this hobby. Always remember to have fun, no matter what, don’t let anyone drag you down. Cosplay is meant to be enjoyed, so have fun with it! 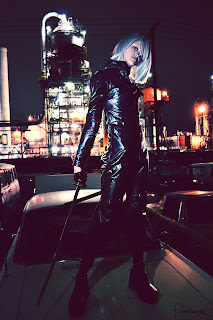